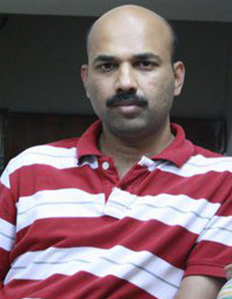 s/o Shri A.P.Gopalan Born on 25.5.1970. Completed schooling and college from Kerala. Acquired LLB from Law Academy Law College, Tiruvanantapuram, Kerala. Enrolled as Lawyer on 20.3.94.  From 1994 -1996  he practiced in the District Courts of Delhi  and since 1997 : he has been practicing in the  Supreme Court of India, Tribunals Commissions.  During the period 2006-2011 , Shri Dinesh served as Standing Counsel for State of Kerala and also acted as counsel for University of Kerala, Gandhiji University,  Kaladi,  Sanskrit University,  Kerala State Pollution Control Board, Kerala State  Beverages Corporation, Kerala State Financial Corporation, Kerala State Industrial Development Corporation  in the Court.  He has also served in ‘B –Panel’ of Union of India  in the  Supreme Court of India and as Advocate-on record of the Supreme Court of India.
Contact number: 09811210223