This is a little story about me, about how I came to Saksham and became a part of it.

I was living in a  small rented room . My husband’s income was very meager at that time and half of it went towards the rent. He used to be working in a small restaurant and it was with difficulty that we were able to make ends meet.

I was almost illiterate and I had very little grasp of the alphabets.

I happened to ask my neighbour whether there was any school in the neighbourhood where I could enroll my son, without having to pay any school fees. It was she who told me about Saksham. She accompanied me to the school and had me speak to one of the teachers. My son Basant was admitted there. 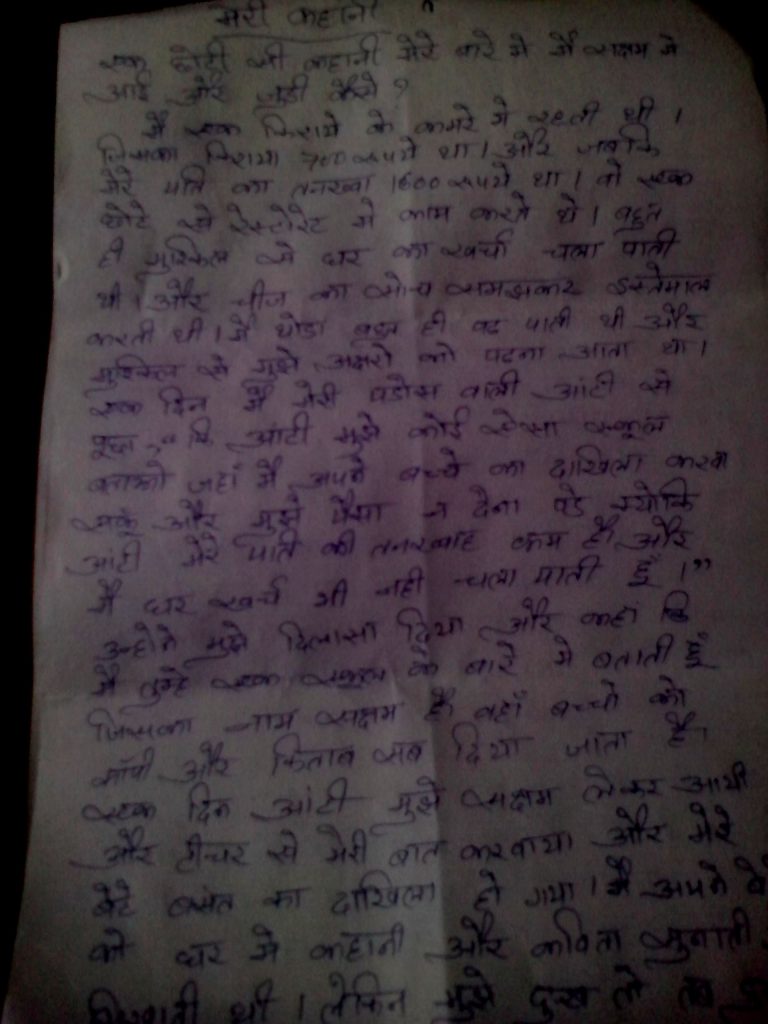 At home, I used to narrate stories and recite poems to my son. Now, the fact that I could not help my son in his attempts to get familiar with the alphabets made me very sad. 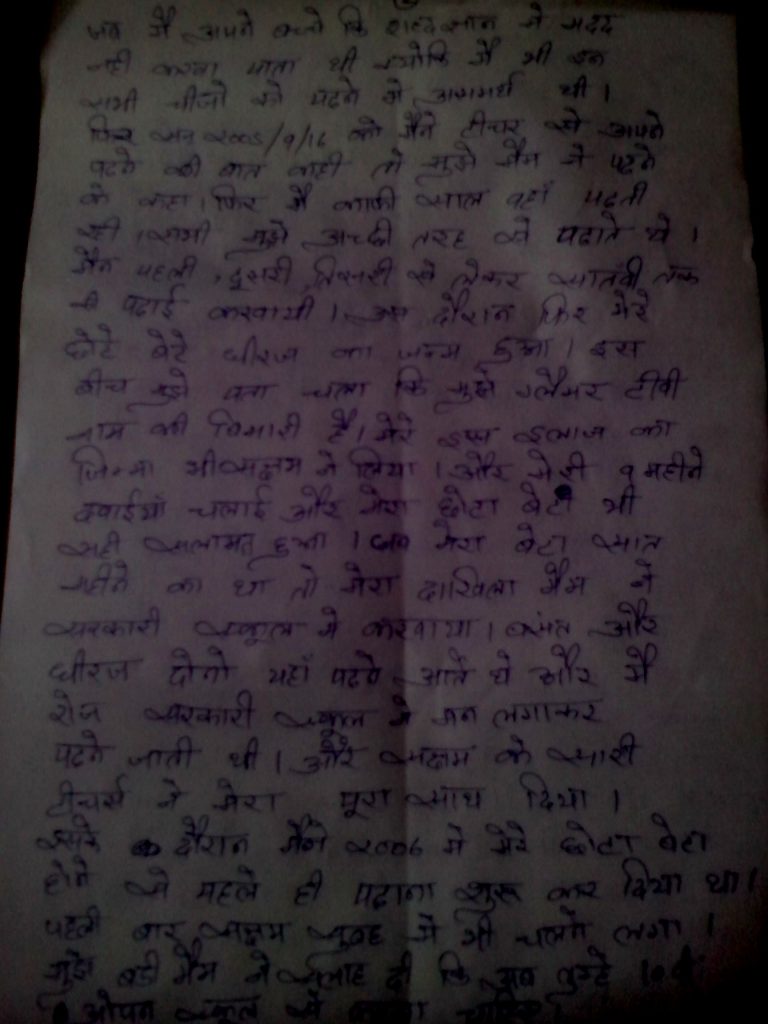 Then one day, on the 16th of September, 2005, I approached a teacher at Saksham and confided to her about my desire to learn. She encouraged me to do so and thus began my schooling in Saksham which went on for many years. Dupak Everyone helped me to progress in my studies.

When I reached the level of 7th standard, I became pregnant with my second child. I was also diagnosed with Tuberculosis. Fortunately, after undergoing treatment for nine months, which too was wholly facilitated by Saksham, I was cured and my son Dheeraj was born hale and healthy.

When Dheeraj was seven months old, the teachers of Saksham got me enrolled in the government school in the VIIIth standard. 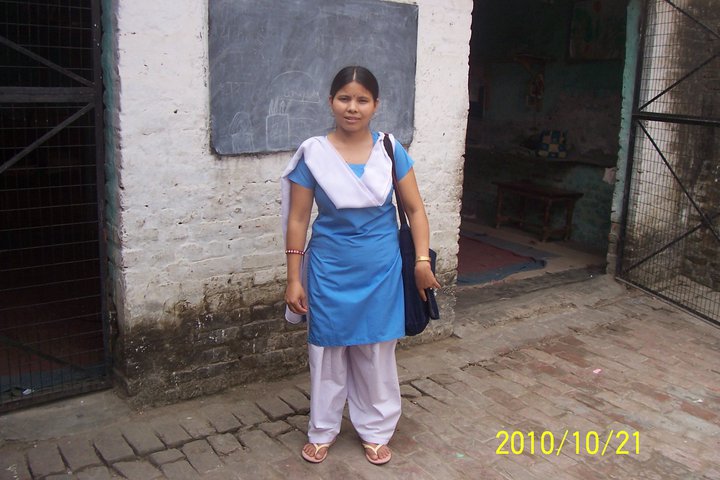 Both Basant and Dheeraj would be taken care of  in the school, while I attended classes in the Government school. All the teachers of Saksham stood by me in my efforts. 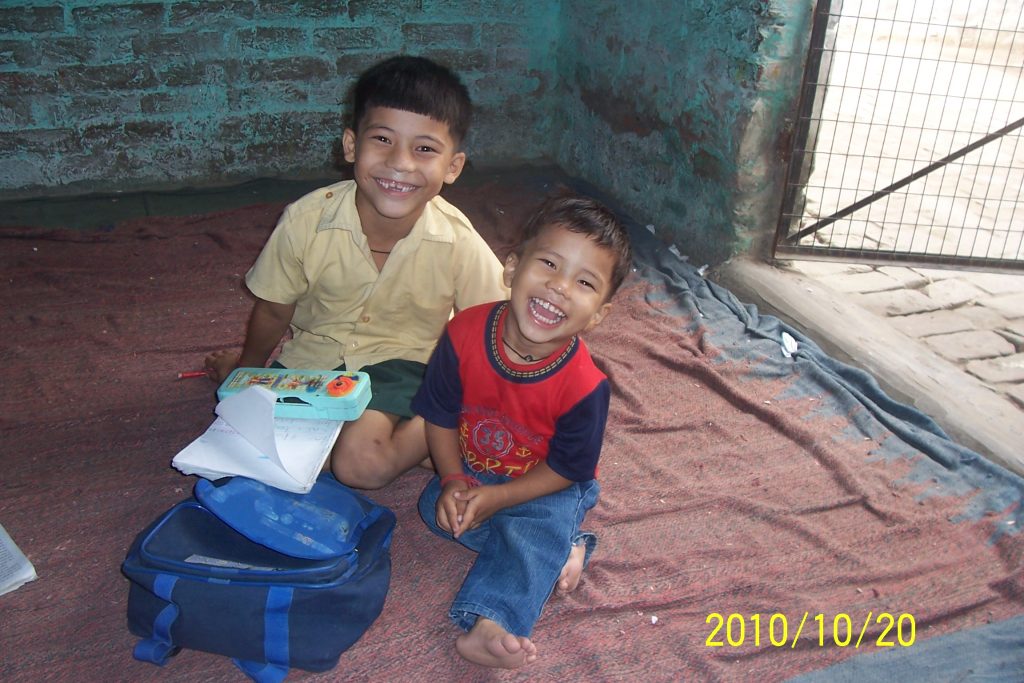 Even before my second son Dheeraj was born, I had been  helping the little kids  in Saksham to learn. After completing VIIIth standard, I resumed taking classes for a group of beginners at Saksham. It was at this stage that I was advised to appear for the secondary exams through the National Open School. 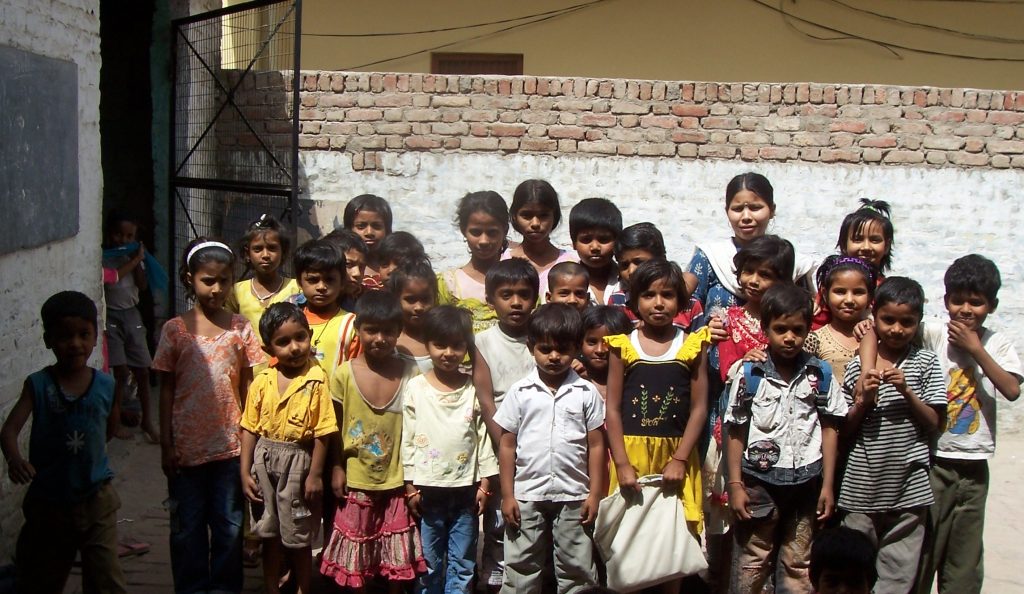 I completed Xth standard this year, in 2015. I have been able to encourage many others  who had discontinued their studies  and who had no knowledge of the National Open School, to get themselves enrolled for the Secondary and Senior Secondary  in the Open School. 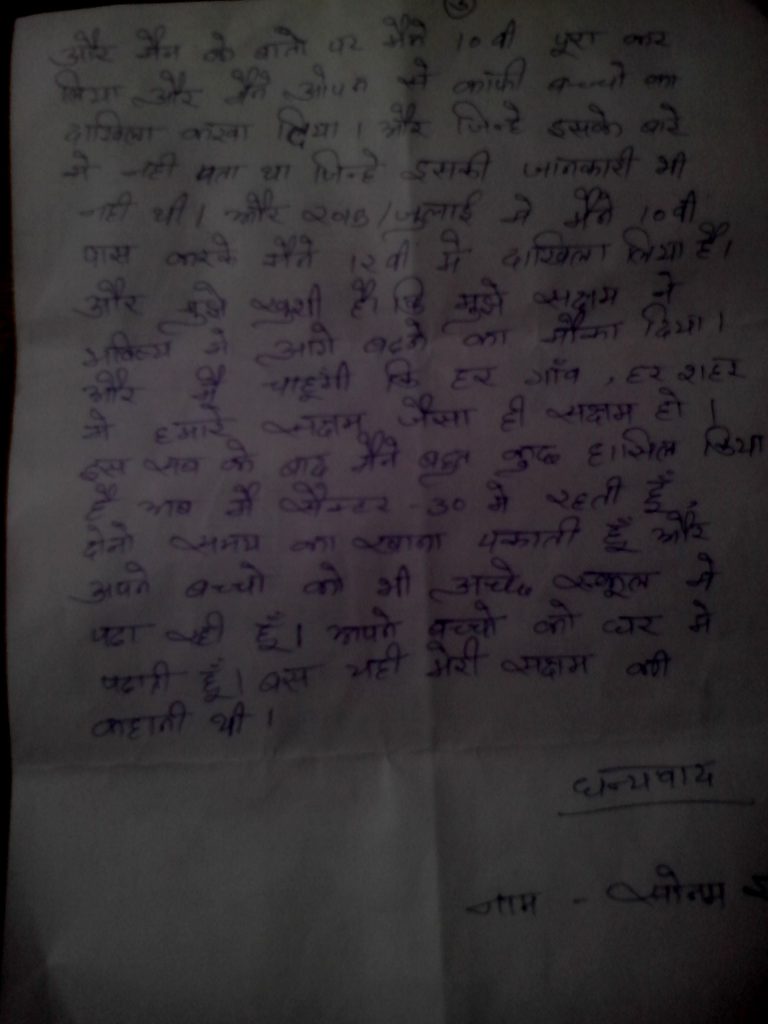 As for me, I have enrolled myself for the Senior Secondary in the Open School. My circumstances have improved  and  I am happy that Saksham  gave me  the opportunity to  work towards a better future.

I wish that in every village and town and city, there were schools like Saksham. Now I am able to send my children to good schools and help them in their studies at home.

This is the story of how I became Saksham(capable).